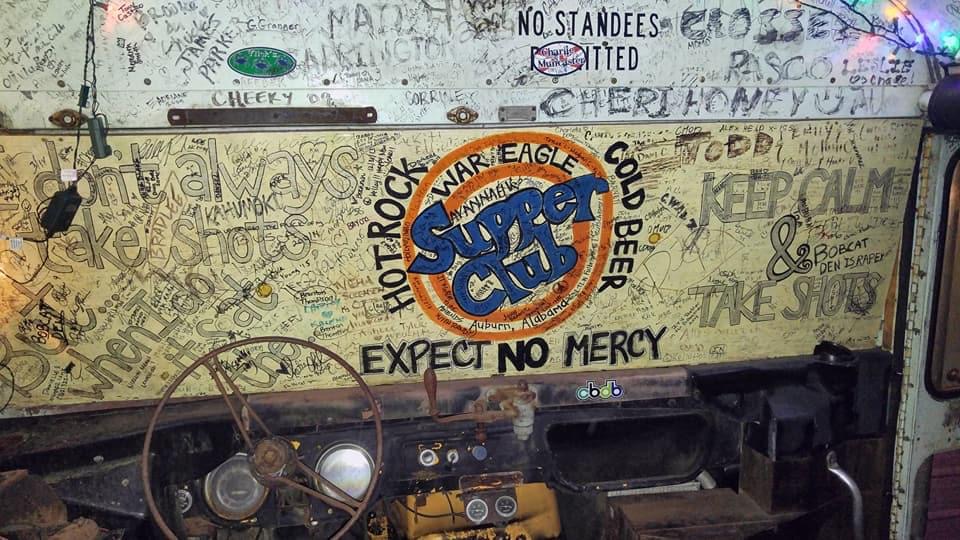 “At that time, it was a pizza joint,” Brandt said. “The first time I ever went there, I was as a little kid, a friend of the family took me out there to pick up pizza to go and we took it to the house.”

After the business changed ownership again, the vibe of the location changed.

“Back in those days you had to be one mile from Auburn’s campus to sell beer and the Supper Club was one mile from the campus so that’s kind of where the kids went to kind of get out of town,” Brandt said. “There was nothing, there wasn’t any businesses hardly between the club and Auburn, just a lot of cotton fields. There were a few random buildings here or there, a few houses, but we were way out at the time.”

Brandt attended both Auburn High School and Auburn University and it was around 1979 when he began to head out to the Supper Club for shows. 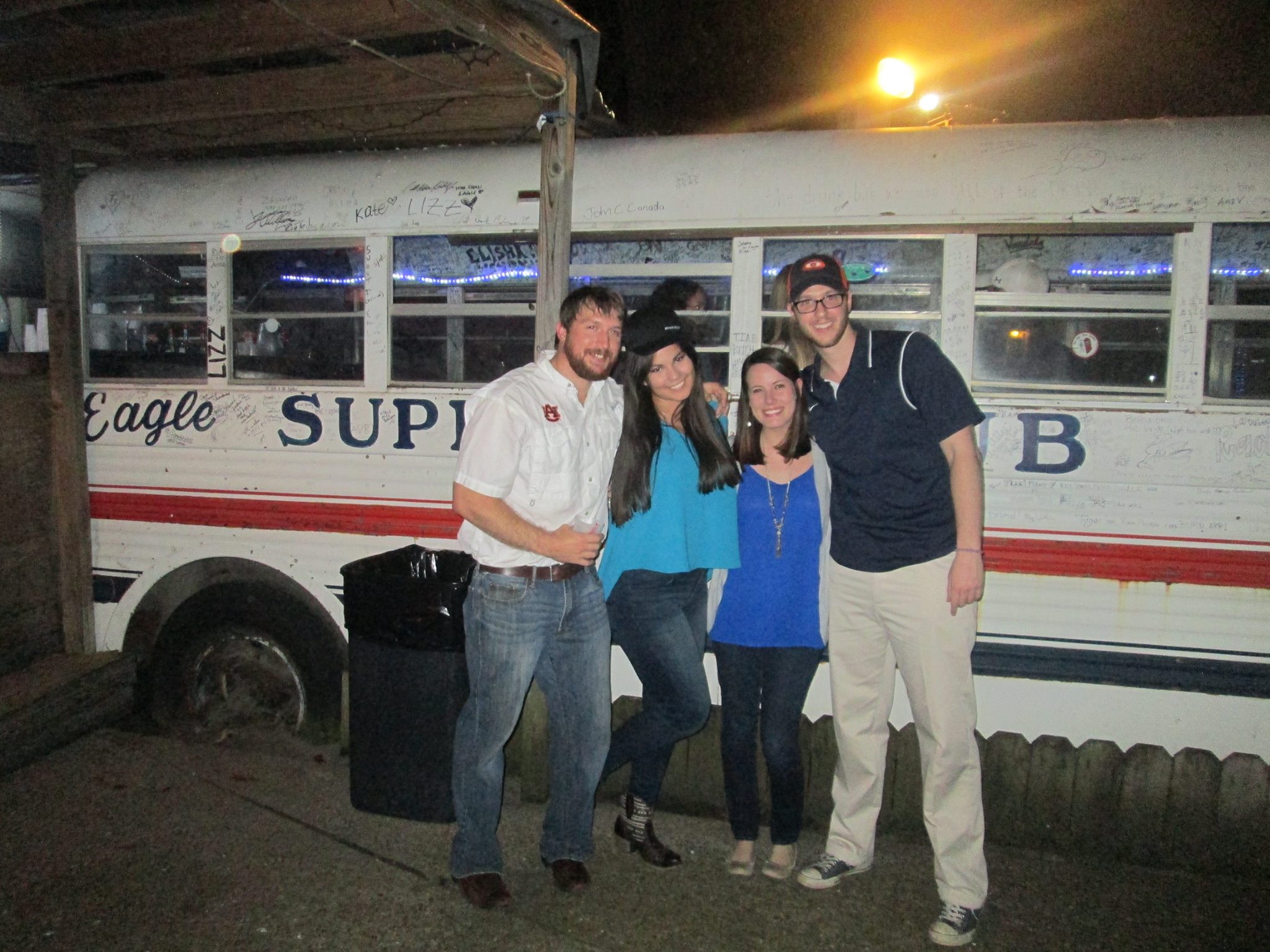 “I’d only been out there three times I think and a friend of mine who got me a job there in 1980, he offered me his job,” he said. “They told him if he could find somebody to take over working the door that he could go behind the bar.”

The job started part-time, one or two nights a week working the door. But after his hours increased, Brandt also made the switch from the door to bartender.

“I became a manager and then in 1985, I bought out one of the partners and was pretty much there nonstop until we closed it,” he said. “I did take six months and sold it in 1990, I was gone for six months, so I came back January of 1991 and was there until the last night we opened.”

Over his time with the Supper Club, Brandt said he watched as the business became more of a late-night spot.

“We were a private club so we weren’t required to close like everybody else at two o’clock on Saturday night,” he said.

Bands played each night, Wednesdays through Saturdays, sometimes Sundays too 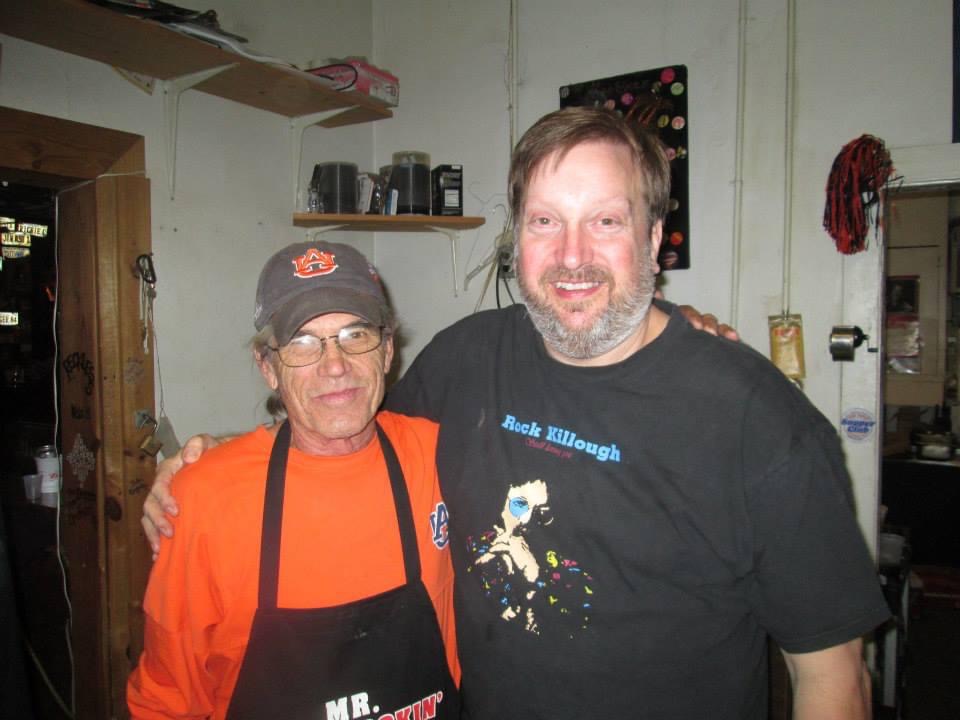 “When I first started working there, bands would start at nine or ten o’clock, and we would close and be done by two o’clock, but by the end, the bands didn’t start till midnight and would play until four o’clock in the morning. We didn’t give last call until five a.m.”

Many notable artists played at The Supper Club, including country artists like Kenny Chesney; Rhett Akins and his son, Thomas Rhett; The Wailers; Leon Russell and more.

“We didn’t cater to one type of person or one type of group,” Brandt said. “… We had the independents. We were 21 and up, so we had students and we had alumni.”

The last night even included a lot of 70-and 80-year olds who wanted one last visit to the place they’d visited when they were younger.

“People, when they found out we were going to close, were coming by and wanting their picture made,” Brandt said. “And people that went to school there in the late 50s, early 60s wanted to come by one more time. It’s a place where you can go party where your grandparents might have been.”

The business closed because they lost the lease, Brandt said 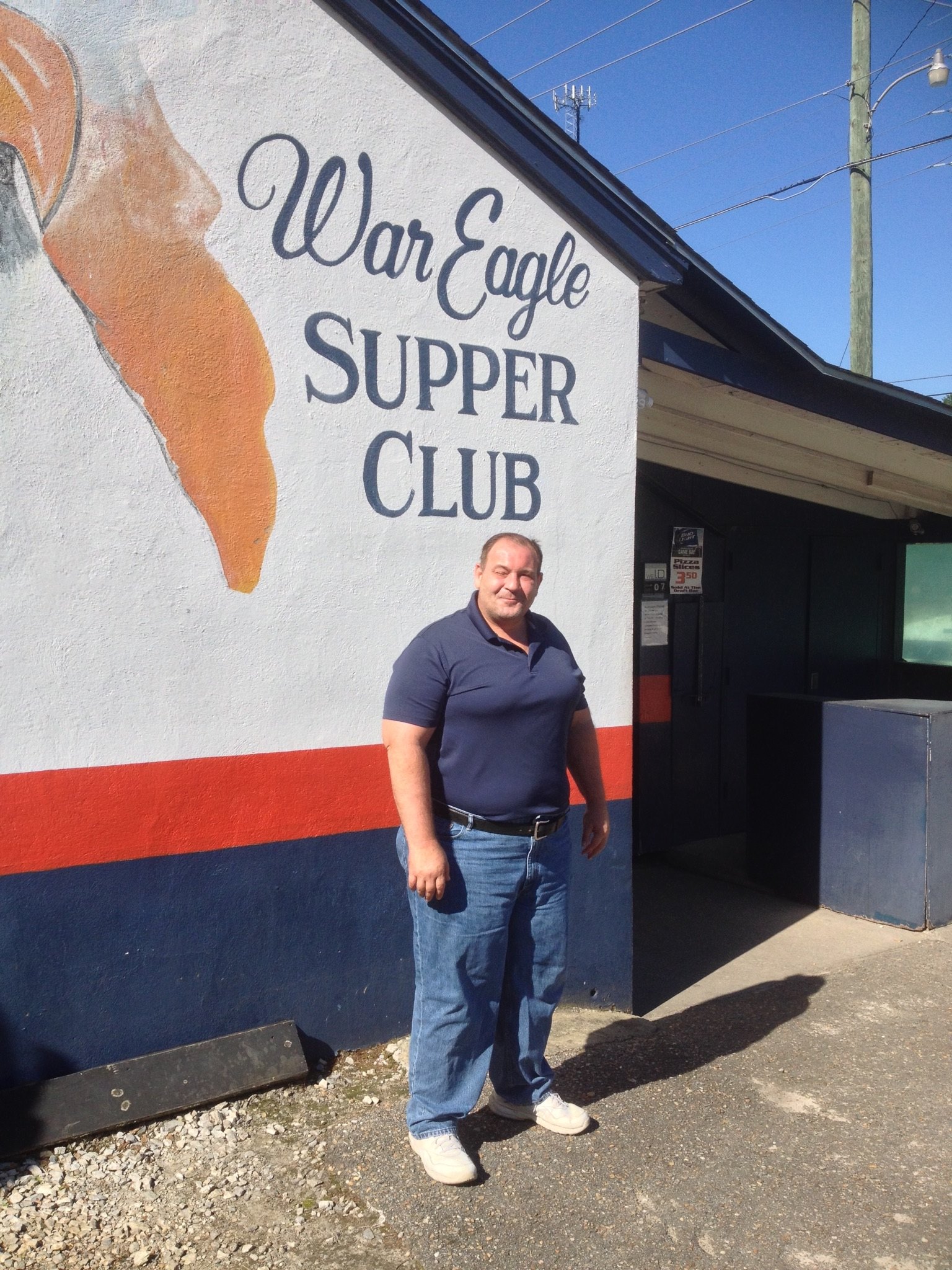 “Somebody else had bought the property from the landlord and they had assured us that they really had no plans for the property and they bought it to get a larger piece of property and they kind of told us, ‘well, we’re going to leave your lease the same, and when we get to the end of it, we’ll renegotiate it,’” he said. “And so I guess it was about nine months before it was going to end and I contacted them and they said, ‘well, we decided we’re going a different direction.’ So that was it.”

The last year of The War Eagle Supper Club was a good one, however, Brandt said a lot of bands who had played the club over the years returned to play again that last year.

“[The last night] the emotions were kind of going all over the place,” he said. “We actually opened New Year’s Eve. Dec. 31 [2015] was our last official night. But then we closed, I believe that was on a Friday. We were closed on Saturday but then opened up on the Sunday and had an auction and we sold off all the memorabilia, all the signs, the posters, the t-shirts and everything on the wall.”

From his start to the last night, Brandt said he spent 35 years in the business.

“We were like a big family,” Brant said. “ … I remained close to people that were working there when I first got there and people who worked the last night. And a lot of employees would want to come back, visit with us before we closed, but I have a lot of dear friends, some of the best friends I’ve ever had in my life I met that came through those doors.”

Brandt said that they considered reopening The War Eagle Supper Club in a new location but it never panned out.

One of the club’s icons was a bus that was originally used for transportation for students who had been drinking. After it was no longer usable for driving, however, it was turned into a bar for the club.

“A friend of mine that has some bars in Mobile bought the bus and he has put it down in his courtyard,” Brandt said.

Memories of the War Eagle Supper Club live on on the Facebook page: www.facebook.com/auburnsupperclub.