Life In A Boarding House 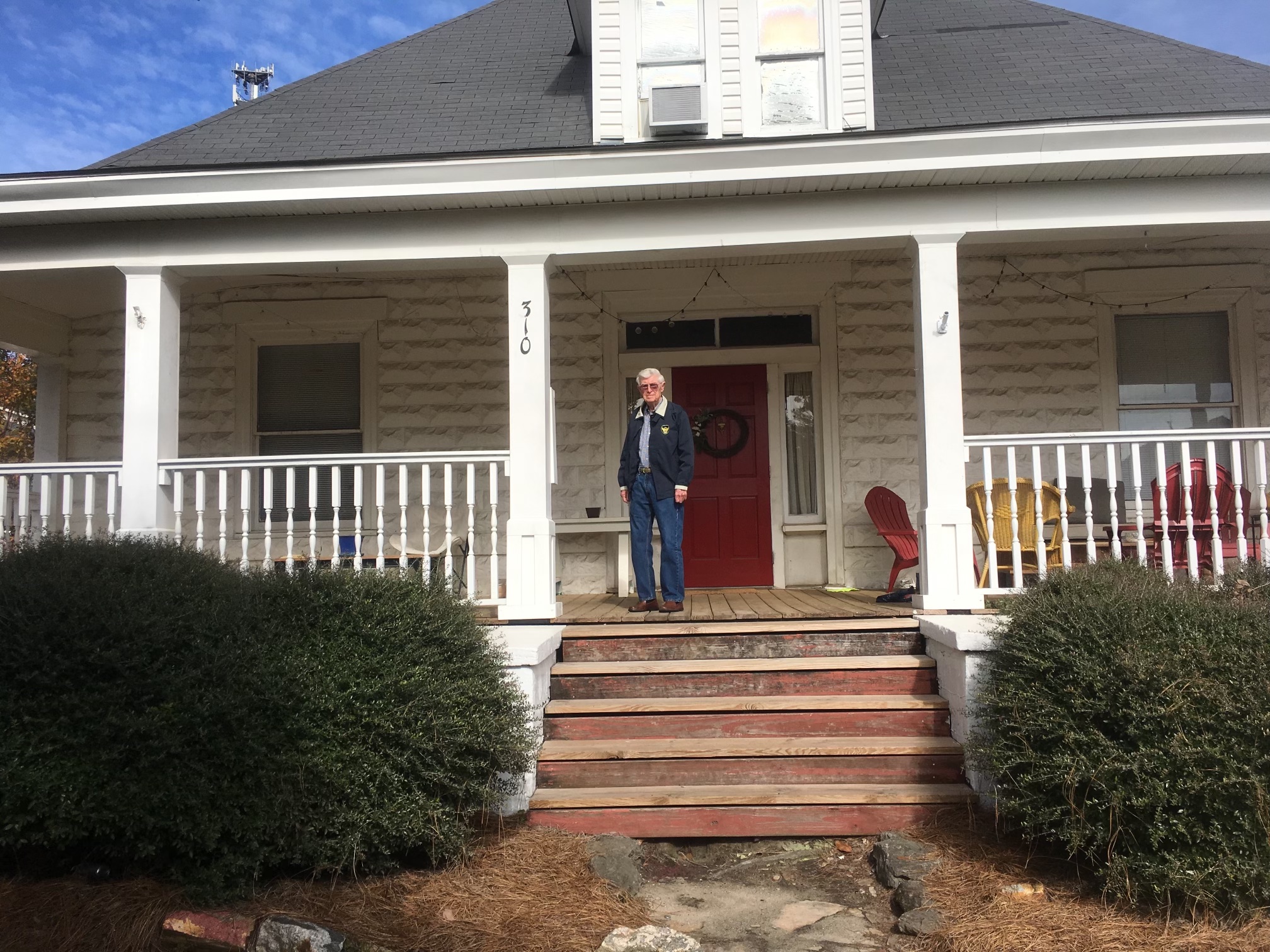 Ambers E. Hanson is the last living Auburn resident to have lived in a boarding house while at Auburn University, known then as Alabama Polytechnic Institute.

Hanson was born in 1923 and grew up in Cleburne County, a little under two hours from Auburn.

“I grew up on the farm, small farm, with my parents, my brothers and sister,” Hanson said. “We lived in poverty. You might be interested in knowing that poverty was quite widespread 90-something years ago. And I grew up like that.”

When Hanson was 19, trying to finish his senior year of high school, he volunteered with the Air Force for World War II. 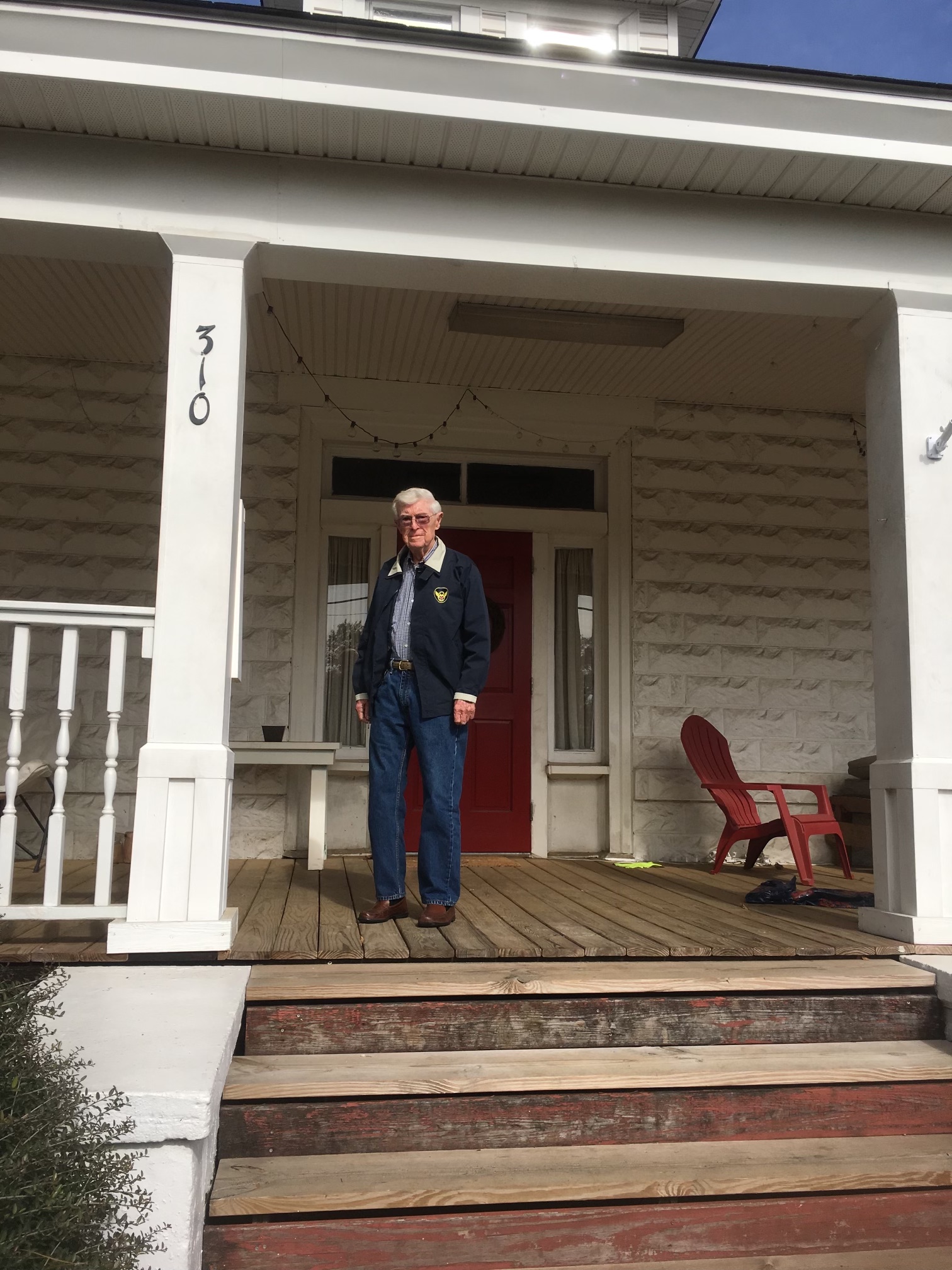 After growing up poor in a small, rural community in Alabama, Hanson said the Air Force was a bit of a culture shock.

“Boys and men of my age from all over the county and from different ethnic and social conditions, all thrown together in one big group and it was quite an education within itself,” he said.

Hanson said that he flew 25 bombing missions over France, Germany and Chekoslovakia. After his time serving in World War II, Hanson stayed in inactive military reserves.

“I did that because they promised that if we were ever called back into the military, I would go back in with my same rank,” he said. “Which was a tech sergeant. 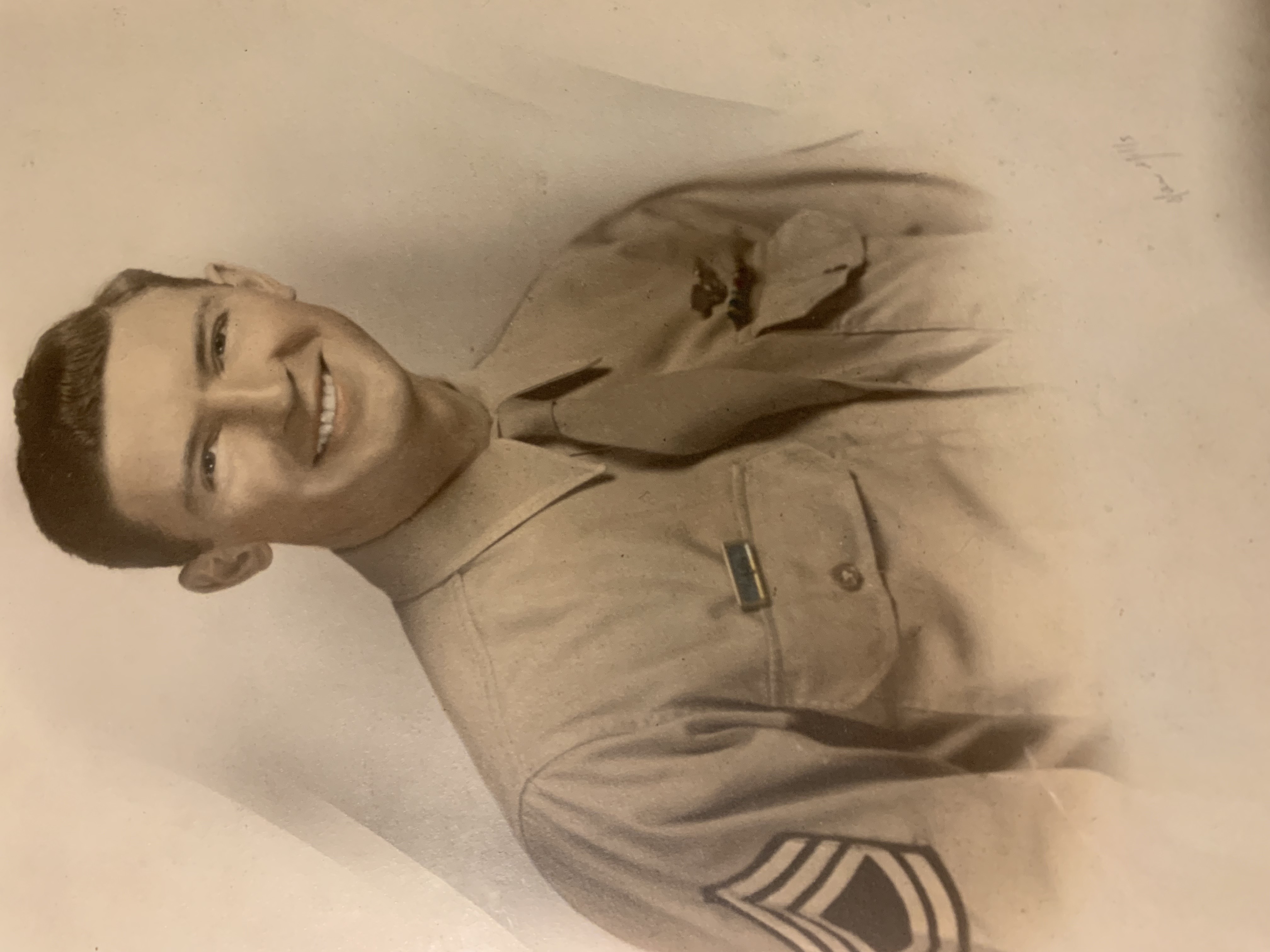 Following the war, Hanson said he didn’t know what he wanted to do with his life.

“I took little odd jobs here and there in Anniston and I decided that was not what I wanted,” he said. “I wanted something else and I wasn’t quite sure.”

So, Hanson decided to return to school. Specifically, high school.

“I’m a grown man sitting in a class with kids,” he said. “It was strange enough that the principal of the high school said that I needed to go on to college.”

At that point, Hanson approached the dean of Engineering about attending Auburn. But the dean said he wasn’t ready for that program 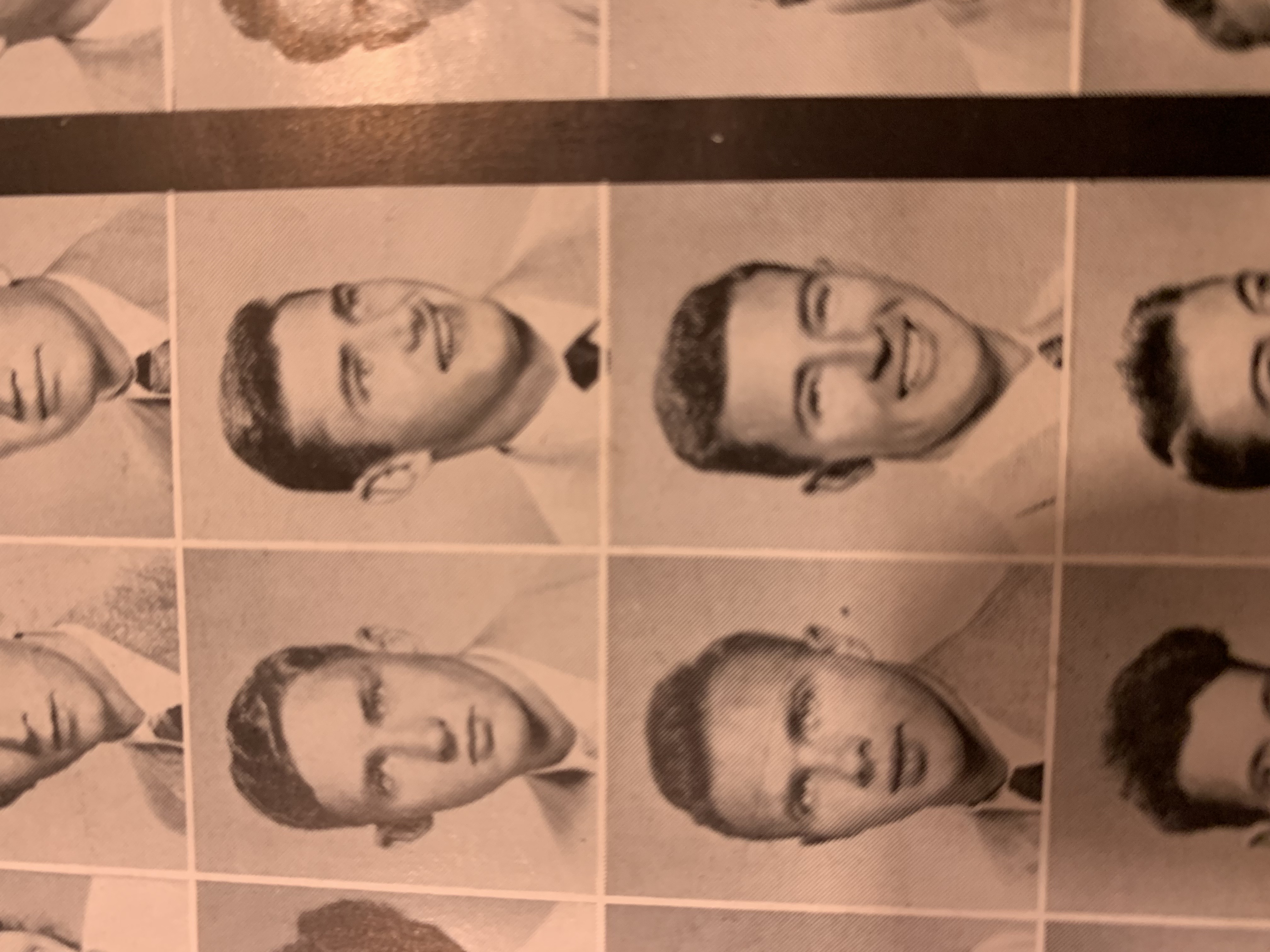 Hanson attended West Georgia College, now a part of the University of Georgia, for a year and a half before transferring to Auburn as a sophomore to study agricultural economics.

This is when Hanson moved into the boarding house.

“At that time, Auburn was quite a different place, a different campus, a different town,” he said. “It’s hard to find a place now that was on the campus, or in the town, that was there in 1948, I believe.”

Hanson said a friend knew Auburn’s police chief, who owned the boarding house, which was located at 210 West Glenn at the time. The address has since changed. The house still stands in Auburn today. It has three upstairs bedrooms and one bathroom.

Three or four men would share a bedroom — so upwards of 11 or 12 men may have shared the house at a time.

“That was, in itself, quite an experience,” Hanson said.

The rooms had bunks and nothing else but a singular desk and two or three chairs. The rooms were not air-conditioned, but each did have a heater 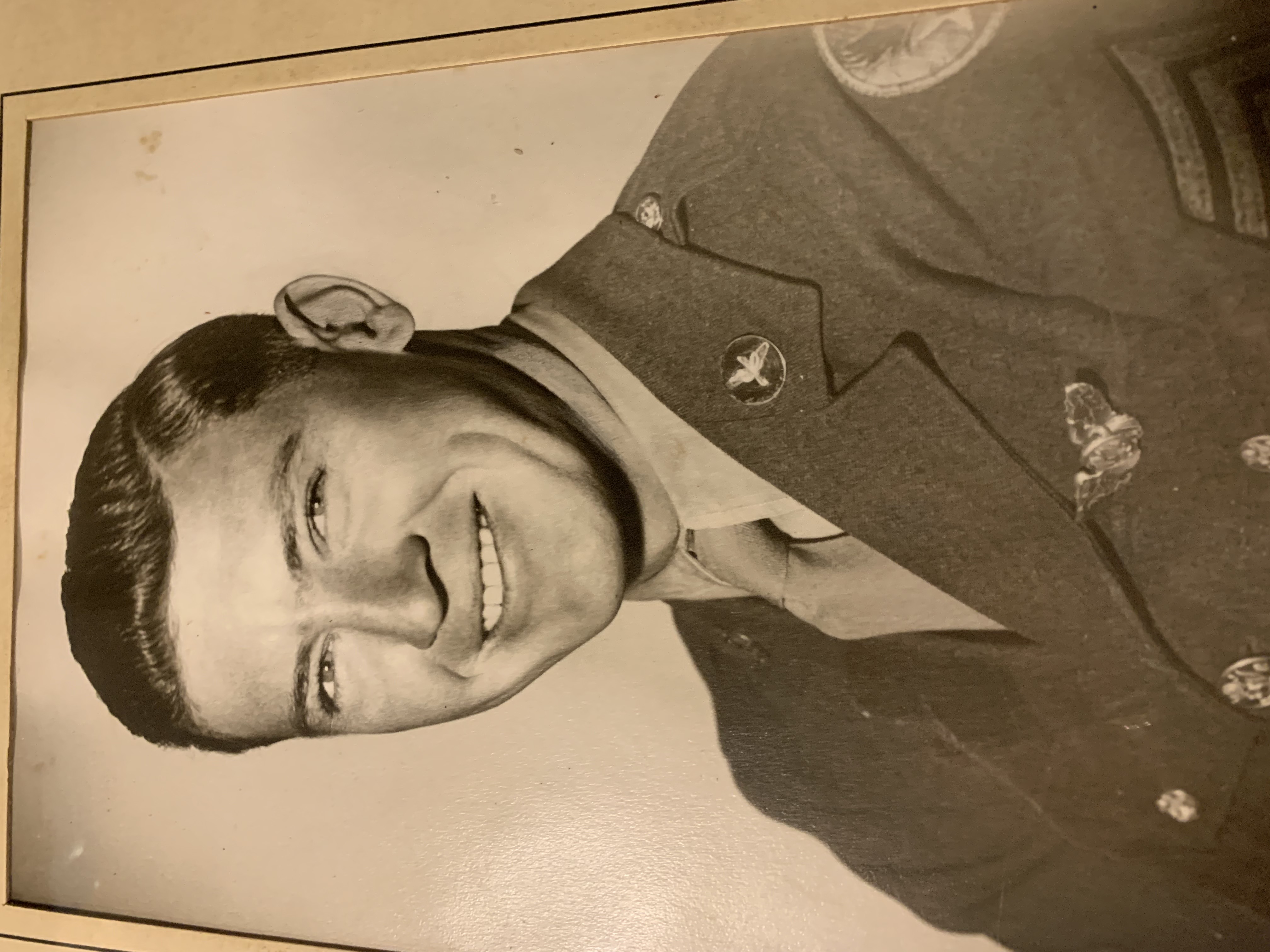 “Now, of course, young people come to Auburn and they go into the, some of them, apartments with all of the comforts of life,” Hanson said. “We didn’t have that in the old boarding house.”

There was a second house down the street that served the boarders food, three meals a day, Hanson said.

“We sat around the table,” he said. “Two or three tables in each room of the house. The house was full of tables and full of people, except for the kitchen where the food was prepared.”

One of the ways the boys would spend their time was to swim in Prather’s Lake.

“Other activities around town, I don’t remember that there were libraries or museums or things like that,” he said. “Most of the time, on the weekends, we went home. I would hitchhike home and come back the same way. We didn’t have cars at that time, soon after the war. Cars were not manufactured like they are now, and they simply weren’t available.”

While still in school, Hanson was called on to serve again — in 1951 for the Korean War.

He served for one year and then returned to Auburn, returning to the same boarding house and to the same room to complete his education.

“I have kind of a sentimental, touch-feeling for the old house there,” he said.

Hanson said sharing the room wasn’t difficult because that was what life in the military had been like. Besides, most of the other men who stayed there had also been in the military. While sharing a room might not have been that hard, fitting all those men into one bathroom was more of a challenge.

“I think most of us, at that time, had the feeling that we had had enough of each other and we all went our separate ways,” Hanson said, regarding the fact that the boarders didn’t keep in touch with one another.

He did say that he wished he could get in contact with some of them now.

Following his time at Auburn — he graduated in the spring of 1952 — Hanson went to work for the
Social Conservation Service for 35 years, putting his degree to work. He still lives in Auburn now, with his wife, Jean