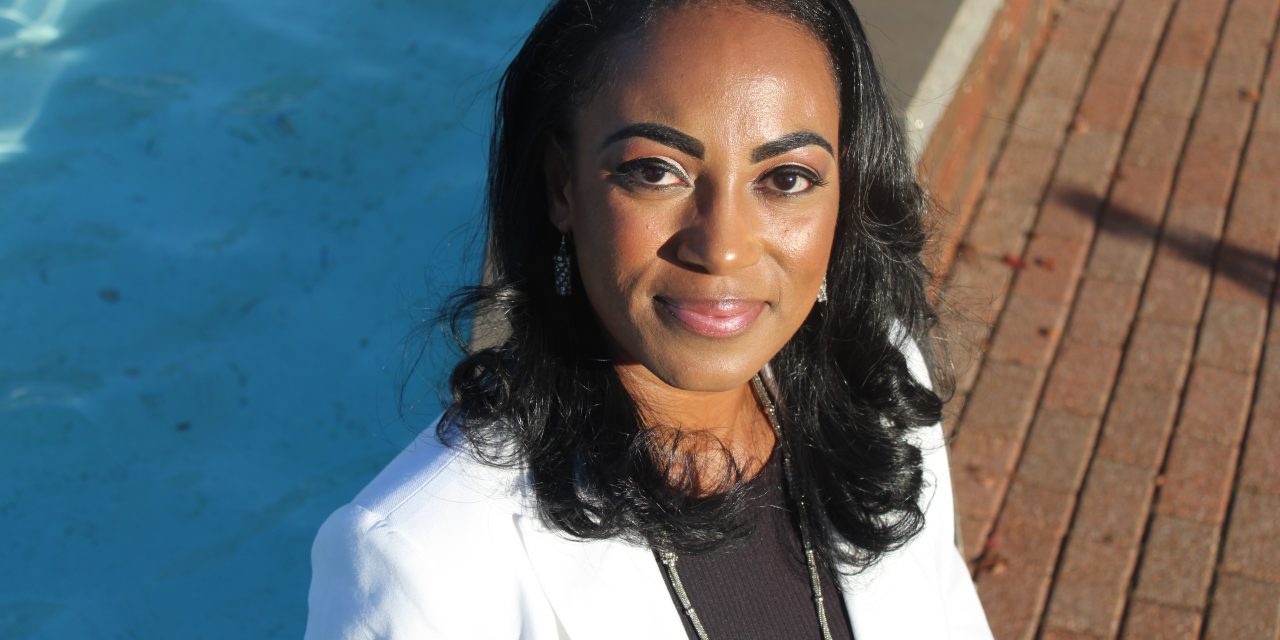 One Opelika veteran decided that following her time in the service, she would start her own business. JeQuetta Canady said that a lot of the decisions she has made can be traced back to her childhood and her past.

A series of struggles, including being diagnosed with dyslexia, becoming a mother and getting married right out of high school and low self-esteem all contributed to the difficulties of finding herself.

“It was through a process of my relationship with Christ and just support from my family that just kind of propelled me to go to that next level,” Canady said. “I ended up joining the military and that’s kind of where I got my boost in confidence. “… I kind of took that journey and just kind of found myself and God, in that experience. God kind of not only showed me who He was in me but who I was in Him. And so that just propelled me to be more me, just be more authentic and just share more of my story.”

And this is her story.

Canady was 27 when she joined the military.

“I was really, in all my stories that I share, I was always hesitant to share because my story was really different from other peoples’, like my reasoning was different,” she said. “… I joined because it was at a time in my life, I was still struggling, kind of dealing with trying to find myself and I felt like if I did not have something for myself that I was going to lose my family. I wasn’t going to be the mother, the wife, the person I wanted to be.”

Canady said when she entered the recruiting office, she even had her children with her. She wasn’t sure what to expect. Despite the struggle of taking the test with her children with her, Canady scored well on the ASVAB (armed services vocational aptitude battery) test.

A recruiter asked her if she would consider going into intelligence.

Canady was in the reserves for six years before deployment.

“At that time I had just recently moved to the Opelika area and I really didn’t know what I was going to do as far as job-wise,” she said. “And I was just coming off of training and I had been on unemployment and trying to figure out what I was going to do and I was working on orders in the military to kind of keep that full-time pay going. “… I ended up going on this two-week training, and I barely got in there, but they were like ‘we’re going to make a spot for you.’”

While on this training, Canady learned she was being deployed to Afghanistan with a ship-out date in 30 days.

“Being deployed is one of the main reasons why I didn’t want to join, I’m like ‘I don’t want to go to war,’” she said. “But that ended up being one of the best things for me. It was at a time that I needed it.”

Five days before leaving Afghanistan, Canady tore her ACL, but was, she said, thankfully able to finish her deployment. Following surgery and rehabilitation, Canady was in for another challenge — breast cancer.

“I [had thought] I’m going to get back, healed, get back to my PT standards and go back and finish out my 20 years and retire,” she said. “That was not the plan God had.”

The breast cancer required three surgeries, but this allowed Canady to focus on what God wanted for her life, she said.

“When I first joined, I was all about staying in the background,” she said. “‘Let me do my job and go home.’ But as I grew and got into more leadership positions — it was finding my voice in the room. I have to say, I didn’t think, at some points, that I was good enough to be in the room, much less have a seat at the table.

“So, when I actually got that opportunity, it was more of, ‘How do I lean in now and speak my peace?’ But I balanced that also with the Spirit of God, ‘what are you leading me to say? When do I need to speak and when do I need to be quiet?’”

These are things Canady has brought with her through her cancer journey and leaving the military.

Following the military, Canady began her own business: JCANDO. JCANDO is created to help others use their talents well, Canady said, and help others set up their business.

Canady is also hoping to launch a nonprofit to provide scholarships for high school students with “learning differences,” she said.

“For high school students diagnosed with a learning ‘difference’, not disability,” she said. “In other words, to remove the stigma of different styles of learning as something bad, such as dyslexia, or who have an IEP in place. [So they can use these scholarships] in higher education, a trade or entrepreneurship to promote a ‘Can Do’ mentality. I would like to focus on my hometown of Roanoke, Alabama, first, but I foresee this nonprofit being spread across the nation.”

The veteran has also published a devotional journal, which is available on Amazon.

“[The devotion] is the first step of my mission, which is to help individuals ‘know who God is in you, know who you are in God and learn how to share your gifts and talents with the world through entrepreneurship.’”

“[This] is a business credit software that gives new and seasoned entrepreneurs, business owners and ministry leaders the ability to establish a credible business entity, build business credit and gain access to traditional and nontraditional loans and lines of credit so they can build, grow and scale their business to the next level,” she said. “My hope is to help entrepreneurs sustain the hope of living their dreams by creating and successfully maintaining a credible business.”

Her site, jcando.com, has a blog, shop, Patreon and the business credit site. For more on the business itself, outside of her personal site, visit: www.biz.jcando.com. She is also active on Facebook: www.facebook.com/JeQuettaCanDo.