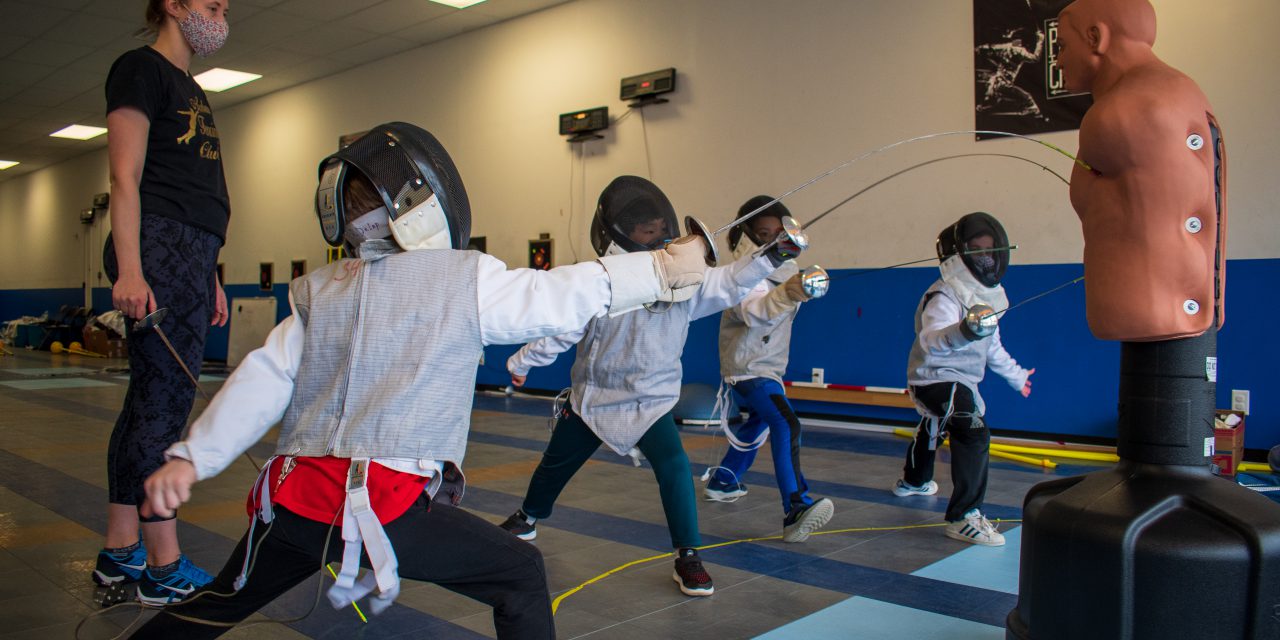 Of fencing, table tennis and curling, which Olympic sport causes the least injuries? Is it the combat sport in which participants try to hit each other with swords and from which originated the phrase â€œto first blood?â€ Is it the rec room staple equally enjoyed by 7-and 70-year-olds? Or is it the winter sport most recently won by men who were dropped from an Olympic High Performance Program after their showing at its athletic combine? The answer might come as a shock (and not because table tennis elbow is surprisingly common).

According to a study of the 2008 and 2010 Olympics conducted by Lars Engebretsen at the University of Oslo, less than 5% of fencing athletes sustained injuries during the Olympics, less than curling and table tennis.

Rylan Dele, the owner of Auburn Fencing Club in Opelika, wants people to know that fencing is not dangerous. â€œWeâ€™re not like bashing our heads together,â€ he said. â€œWe donâ€™t have CTE issues. [Fencing masks] are just masks; theyâ€™re just to protect you from getting poked in the eye.â€

Dele also said that fencing is the perfect pandemic sport, as no cases of COVID-19 have been traced back to the club, according to him. A sign outside of the club (229 S. 8th St. in Opelika) explains why, reading, â€œ1. Masks 2. Gloves 3. If anyone gets closer than 6 feet to you, you stab them.â€

Dele has been fencing for almost his entire life, including with Penn State, which won nationals when he was there. He is an international fencing official and one of about 20 people in the United States who are certified to train fencing referees. At the Auburn Fencing Club, he coaches children and adults and offers sessions and open fencing times to the public.

Heâ€™s also got some tips for first-time fencing viewers. Of the three disciplines (foil, Ã©pÃ©e and sabre), sabre is the most entertaining to the uninitiated. When watching fencing, Dele said, one should look at the fencersâ€™ bodies, not the blades. â€œYour eyes arenâ€™t fast enough [to follow the blades]; no oneâ€™s are,â€ he said. â€œPeople make that mistake â€¦ Itâ€™s like trying to be entertained by shooting and watching the bullet.â€

Dele said that this yearâ€™s U.S. fencing team could be the best in a long time. The U.S. has only two gold medals total in fencing, which is one of five activities featured in every modern Olympic games, along with athletics, swimming, cycling and gymnastics.

If anyone catches the fencing bug after watching it in the Olympics, as happened with curling as a result of the aforementioned team, Auburn Fencing Club is the place to go. There is open fencing on Saturdays, and private sessions throughout the week can be scheduled with Dele via the clubâ€™s Facebook page (Auburn Fencing Club).

â€œItâ€™s kind of a romantic thing; everyoneâ€™s watched Princess Bride,â€ Dele said. â€œThey should come experience that themselves. They should come and play; I think itâ€™s a great date night idea.â€

For $75, a couple can get an hour of private fencing time with Dele, during which heâ€™ll put the two through a warmup, teach them the basics, then let them use the rest of the time to fence however seriously, or casually, they want to.

â€œI kit them up, show them the works, give them a little history,â€ Dele said. â€œâ€˜This is how you move, here are a couple parries, hereâ€™s the strip.â€™ â€¦ If you want to bring your own wine, whatever, youâ€™re welcome to do that.â€

In addition to being a great coupleâ€™s game, fencing is just plain fun for anyone, taken or not. â€œWhen youâ€™re suited up and youâ€™re playing,â€ Dele said. â€œOh, man. Itâ€™s like a video game.â€

He spoke romantically about fencing, calling it a â€œhighbrow sportâ€ and comparing it to chess. He also compared it to basketball and the video game Super Smash Bros., even explaining that he tells some of his young students that they should build their fencing styles like theyâ€™re creating a video game player.

Auburn Fencing Club welcomes aspiring swordsmen of all skill levels, whether that means a gamer who wants to break a sweat, a couple looking for a new date night activity or someone whoâ€™s just become an expert on the sport after watching one bout of the United Statesâ€™ 2020 gold medal run.