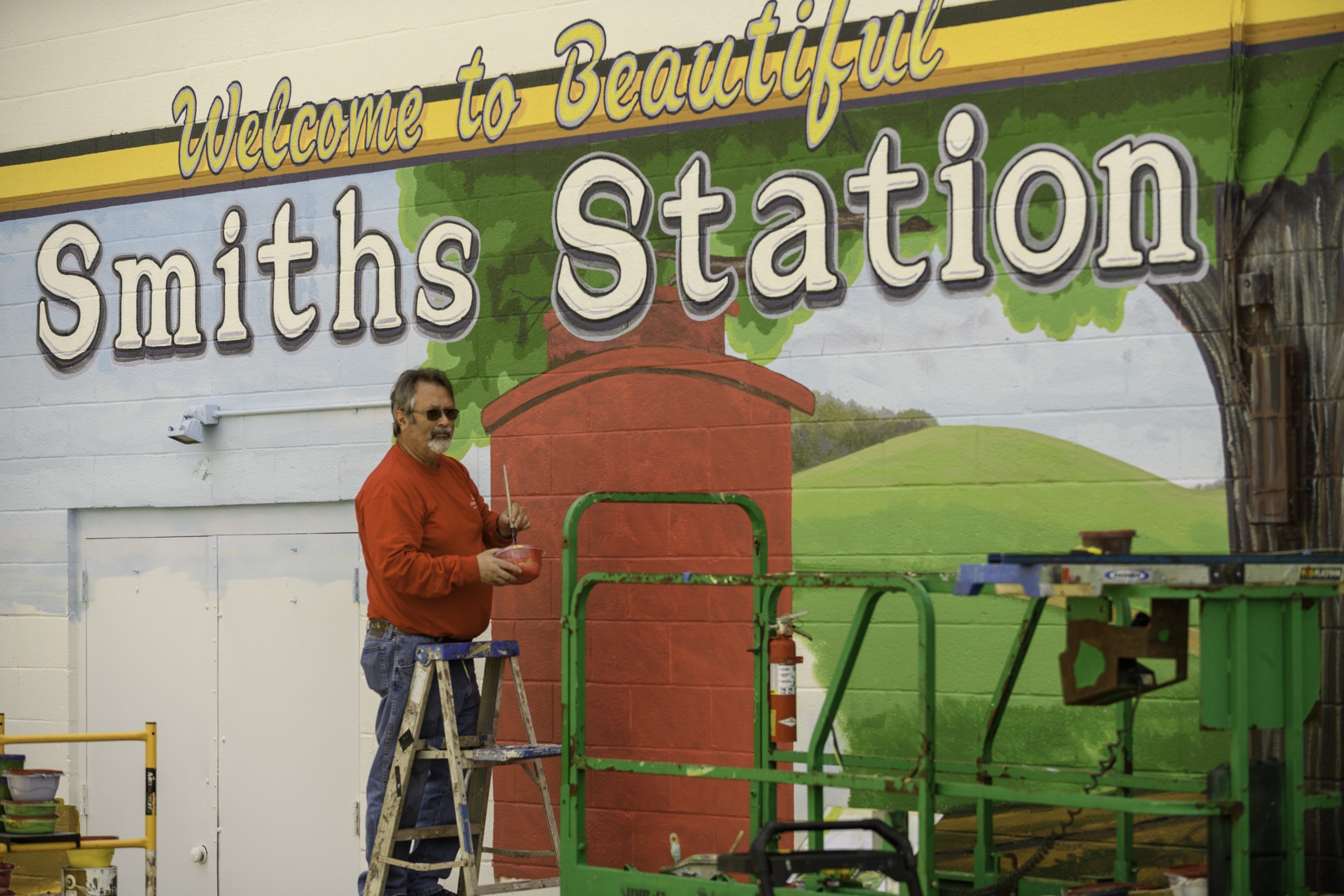 Ever taken a photo in front of a pair of wings painted on a wall? Or â€œheldâ€ the umbrella in downtown Opelika? Have you ever traveled along a mural trail, looking for just the right paintings for a photo?

Christian, the founder of the Go Georgia Arts Mural Trail, has been painting murals for years.

When Christian first began painting murals full-time, his goal was to paint 50 murals in five years. And although it may have taken him a little extra time, Christian is well on his way to his goal.

Starting off, Christian painted murals almost for free, as a way of getting his name out there.

Christian likes to focus on small cities for his murals, rather than booming metropolitan areas.

The work for Coca-Cola helped Christian branch out of Georgia and Tennessee, and into Alabama.

The city had received a couple of local grants, which they were able to use to fund the creation of a mural, Copeland said.

â€œ[Smiths Station] knew exactly what they wanted and they moved ahead forward,â€ Christian said.

The Smiths Station mural is located on the side of Rainbow Foods. The mural incorporates elements that allow people to interact with the painting, including a stand in front of the train.

The goal for the mural is also to keep the history of Smiths Station, Copeland said.

â€œItâ€™s going to be a tribute to the past, as well as the future,â€ he said. â€œ â€¦ People know that we are steeped in history and weâ€™re proud of who we are.â€

There are â€œeaster eggs,â€ all throughout the mural, Copeland said.

There all historical figures in the mural too, including Conway Twitty, who attended Smiths Station High School and a local midwife, who delivered many of Smiths Stationâ€™s residents, Copeland said.

â€œI love history,â€ Copeland said. â€œIâ€™m a history buff. And so, I just wanted it to attract the younger generation with the easter eggs and interactive part, but I also wanted to be able to stand there and every time you come to it, you see something different.

â€œâ€¦ Being part of the Alabama mural trail is a huge deal. Thereâ€™s people that take road trips just to go on the mural trial and see all the murals.â€

The city of Smiths Station held a mural dedication ceremony on April 21 and the mural is now open to the public. 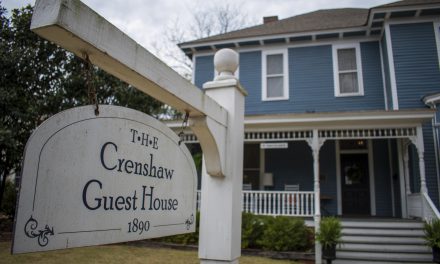 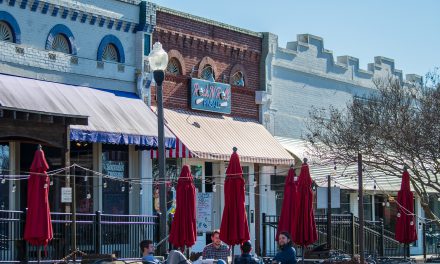 The core of the city