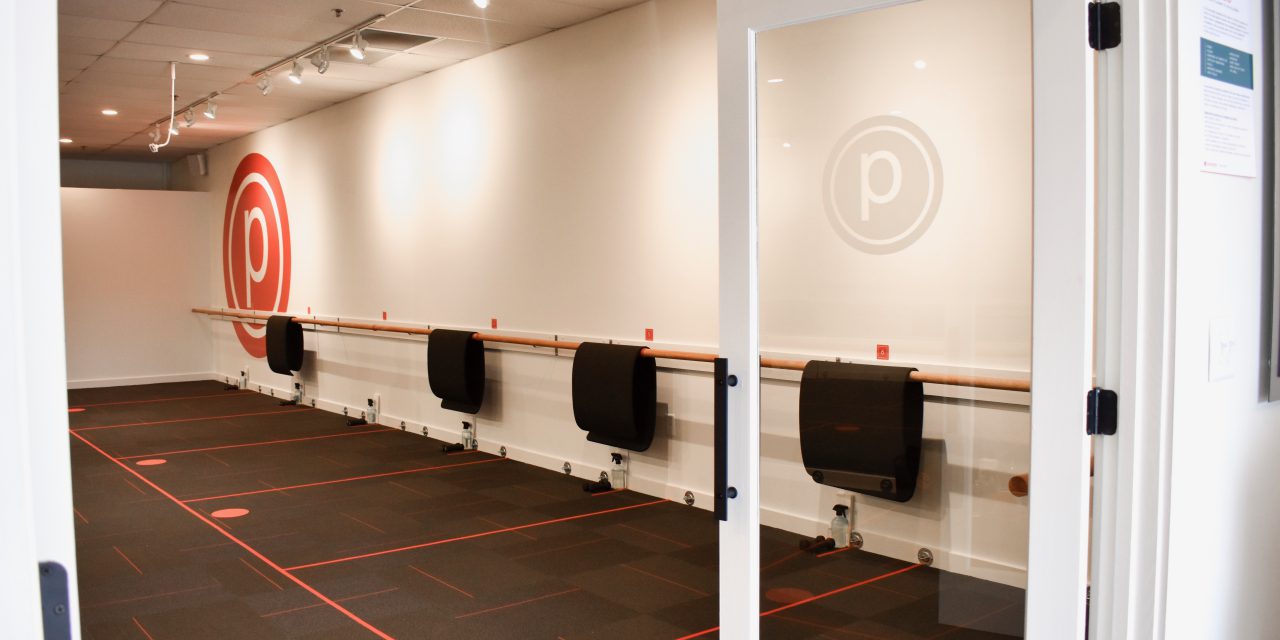 Ashley Caldwell took a chance, a risk and tried something new, and it completely changed her life.

Back in 2014, Caldwell was a general manager working in retail, looking for a way to mix things up. She started selling jewelry online, working out of her home and selling in shows.

This meant she spent a lot of time in the house, however, and was not very active.

â€œI was at home, all day, ever day, with nobody and I was just going bonkers,â€ she said.

So, she gave Pure Barre workouts a try.

â€œI had the biggest misconception about it for the longest time,â€ she said. â€œI really thought that it was rooted in ballet and dance and you couldnâ€™t get a real workout from it.â€

â€œOne of my friends drug me to a class and I honestly got bit by a bug and here I am now.â€

Another reason she wanted to try Pure Barre was that the at-home workouts she was doing were not yielding any progress.

Caldwell found Pure Barre to be the challenge she needed.

â€œIt is a high-intensity but low-impact workout that targets just about every muscle in your body,â€ she said. â€œâ€¦ Itâ€™s just a really cool workout that challenges you mentally and physically.â€

Of course, things werenâ€™t peachy right at the start. Caldwell said she didnâ€™t enjoy the first class because she wasnâ€™t good at it. However, she let go of those insecurities and signed up for a two-month package.

It wasnâ€™t long before she was approached by the owners of Pure Barre, who asked her if sheâ€™d like to take some training courses.

She jumped at the opportunity and has taken all the training courses she can. Caldwell learned that the Pure Barre owners were looking to sell and she approached them to ask about taking it over.

â€œWhen I knew that that was an opportunity, I felt like that was a door that was opened for me and so I kept walking through those doors,â€ she said.

From never having tried Pure Barre, to owner of the Auburn studio, Caldwell changed her own life. Of course, now, sheâ€™s changing not only her own life, but others.

The classes are for everyone.

â€œItâ€™s a workout that just about anybody can do,â€ Caldwell said. â€œItâ€™s completely customizable and modifiable.â€

One of the Auburn class members, Elizabeth Rodgers was looking for a way to continue exercising safely, since sheâ€™s now reached her 60s.

â€œIt really works for me; itâ€™s such a variety of classes that I can do cardio,â€ Rodgers said. â€œWe have a new class called reform, itâ€™s a lot of pilates.â€

Rodgers said the classes do not only benefit her physically, but mentally.

Sheâ€™s noticed changes since she started classes. The ability to hold a pose even just a few seconds longer, for instance, means Rodgers is building strength in her muscles.

A pandemic canâ€™t stop this studio â€” classes are offered by livestream in addition to in person.