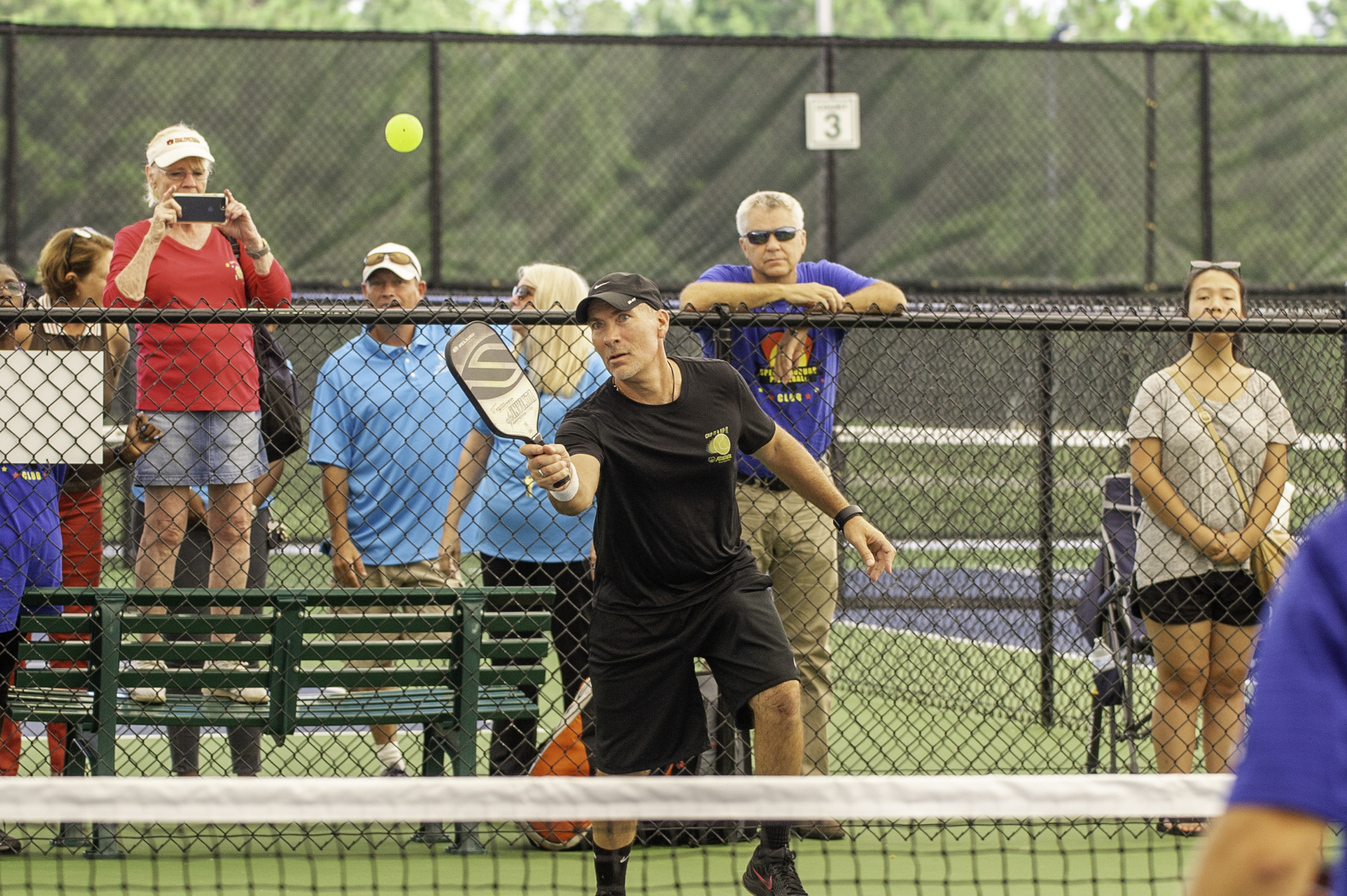 Pickleball is quickly gaining recognition in the U.S. and overseas. For those who are unfamiliar with the game, pickleball is not something you find next to gherkins or kosher dill in the grocery store. Itâ€™s a paddle sport that draws comparisons to badminton, tennis and ping pong.

Pickleball was invented in the 1960s as a childrenâ€™s backyard game. Now, it is played by former tennis players who had to quit because of that sportâ€™s physical toll and current tennis players who are bound to be frustrated by their inability to overpower one of those retirees in a game that rewards coordination and creativity more than strength and speed.

It is played on a court that looks like a scaled-down tennis court; it has the same dimensions as a badminton court, 20â€™ by 44â€™. Players use solid paddles (of a size and shape not unlike some charcuterie boards) to deliver a plastic ball (think practice baseball) back and forth in a manner similar to tennis or ping pong.

The sport is particularly attractive to older people, although it is gaining traction with other age demographics, due to a few of its unique rules. John Parks has been taking care of the Opelika SportsPlexâ€™s pickleball facility for some time now and was just placed on the Parks and Recreation Departmentâ€™s payroll to do so.

â€œI see it as a senior sport for these reasons: the serve is underhand,â€ he said. â€œThe ball [on the serve] has to bounce. The return has to bounce. This line right here is the no volley zone, â€˜the kitchen.â€™ In tennis, you donâ€™t have that; it takes away the attack.â€

He added that the requirement to say the score before each point gives players time to breath (given pickleballâ€™s scoring and scoring-reporting systems, that time is often plenty).

Pickleball is a social sport, a characteristic, in part, due to the close proximity of those on the court during play. The proximity and breaks in play encourage conversation, often peppered with apologies to oneâ€™s partner.

â€œTo me, I think it â€” I wouldnâ€™t say it saved my life, but itâ€™s made me stay active,â€ said John Bucko, a cartoonist and pickleball enthusiast. â€œItâ€™s got social aspects that are really good, so you meet friends that are healthy friends.â€

The SportsPlexâ€™s pickleball facility has 12 covered and individually fenced-off courts, making it one of the best spots for pickleball in the country. Itâ€™s open to all players at all times at no cost (although balls and paddles are not provided).

Jim Young, vice president of the Auburn-Opelika pickleball club and its tournament director, said that the courts draw interest from all over the country.

â€œWe got a call from Oregon wanting to bring a tournament in here,â€ he said. â€œThis is one of the preeminent pickleball spots in the United States.â€

A map at the facilityâ€™s entrance bears that out, sporting pins presumably placed by people from over 30 states. By Parksâ€™ count, there have been 10,000 people through the courts in the last year.

Pickleball provides a great way to exercise and socialize, but it also benefits many in the community whoâ€™ve never even heard of the sport. Auburn-Opelika Tourism estimates that the economic impact of the last tournament at the SportsPlex courts was nearly $100,000. This figure includes local taxes and business sales from 289 total players. Sixty percent of those players traveled from more then 80 miles away, accounting for approximately 224 room nights at hotels and motels in the area.

â€œMy ultimate goal, before I get too old, is to put in 12 more courts, whether theyâ€™re covered or not,â€ Young said. â€œGet the Southeast Regional tournament in here and the economic impact is going to be three, four hundred thousand dollars.â€ 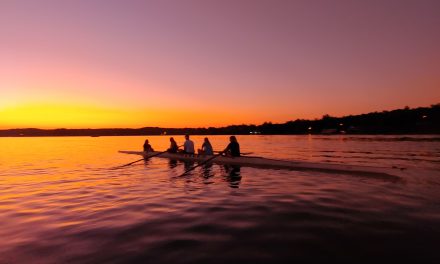 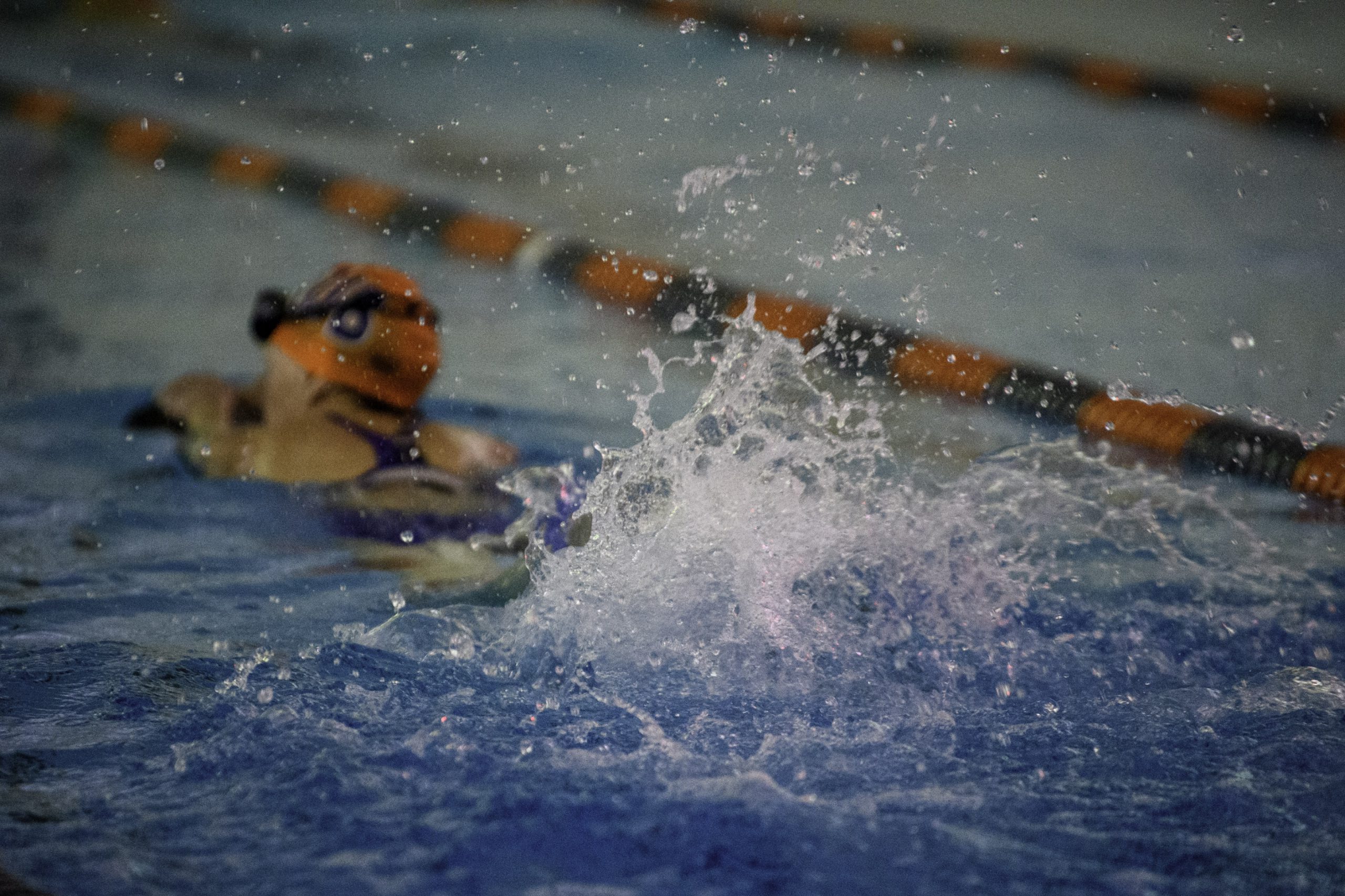