Changing With The Trends 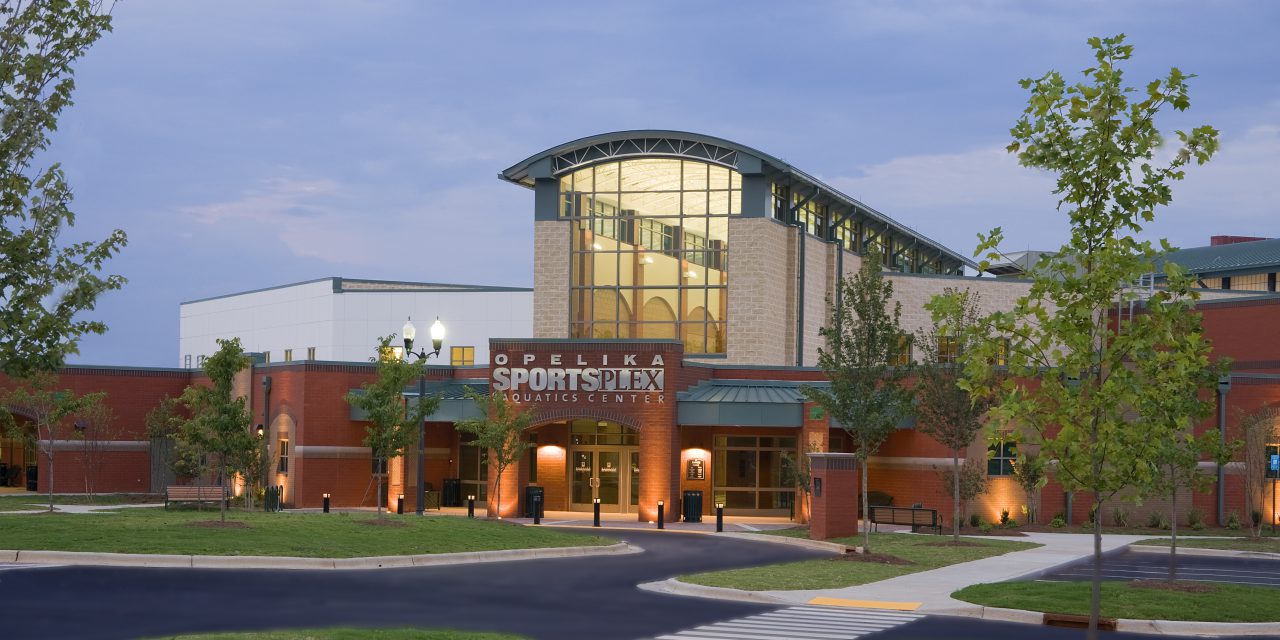 The Opelika SportsPlex and Aquatics Center offers something for everyone, regardless of age and fitness or recreation goal.

â€œI really feel like we offer so much under one roof that no matter who you are, what your family looks like, from seniors and all the way down, thereâ€™s something for every single person to be able to do here,â€ said Laura Leigh Chesser, public relations coordinator with the Parks and Recreation Department. â€œAnd I think thatâ€™s pretty unique and special.â€

A lot of the SportsPlexâ€™s facilities are made to accommodate the fitness goals of its older members. For example, the indoor aquatics facility features a zero entry pool so that people unable to use stairs to get in and out of the pool can still participate in the aquatic workouts that are perfect for that population.

Additionally, the EAMC Cardiovascular Area does not just have treadmills and ellipticals, but machines to achieve a cardio workout without the same stresses. The NuStep is a machine that eliminates the requirement for full rotation of the hip joint, allowing its user to, while seated, repeatedly perform a movement that looks like marching in place.

â€œIf all we had was a treadmill and an elliptical, theyâ€™d be out of luck,â€ said Alden Mezick, fitness director for the SportsPlex. â€œSo we kind of tailored it to help really as many populations as we could.â€

Mezick said that the SportsPlex has added soft medicine balls to its weight room, which can be thrown at the floor without doing or sustaining any damage, and Olympic-style mats and pads to protect the floor from power cleans and deadlifts using more.

The SportsPlex has changed a lot over its years. The most recent large addition is the pickleball facility, which features 12 covered and fence-separated courts that are open to the public 24/7 (Read more on page 78). The playground and disc golf course were both built within the last decade, and all of the amenities are constantly being updated.

â€œA big part of what I do is I just try to revamp everything that we currently have,â€ Mezick said. â€œI want to make sure itâ€™s as nice and as clean and as organized, and something that people can go there and actually look forward to their workout just because itâ€™s such a nice facility.â€

If Chesser had her druthers, she said, she would add a second outdoor pool.

â€œRight now, we have a lot of competition for pool space,â€ she said. â€œThereâ€™s a lot of people vying for one space, and [another outdoor pool is] something I would just love.â€

The SportsPlex has changed and will continue to change, but its mission will always be to support the community. And it does that by providing more than just a space to work out. Whether you spend your time throwing a Frisbee, lifting weights or swinging paddles, you can find a community of people who will do it with you at the SportsPlex.

â€œYou have all of these different groups that have all been able to connect and build friendships in their own microcommunities within this place,â€ Mezick said. â€œâ€¦ They go out and eat lunch [after classes], and now these are people who otherwise might have come to the gym for a month and then left and never come back, gotten unmotivated. But they found their community and now itâ€™s something they do and itâ€™s improving their lives.â€

Photos By Robert Noles and Contributed By The Opelika SportsPlexÂ