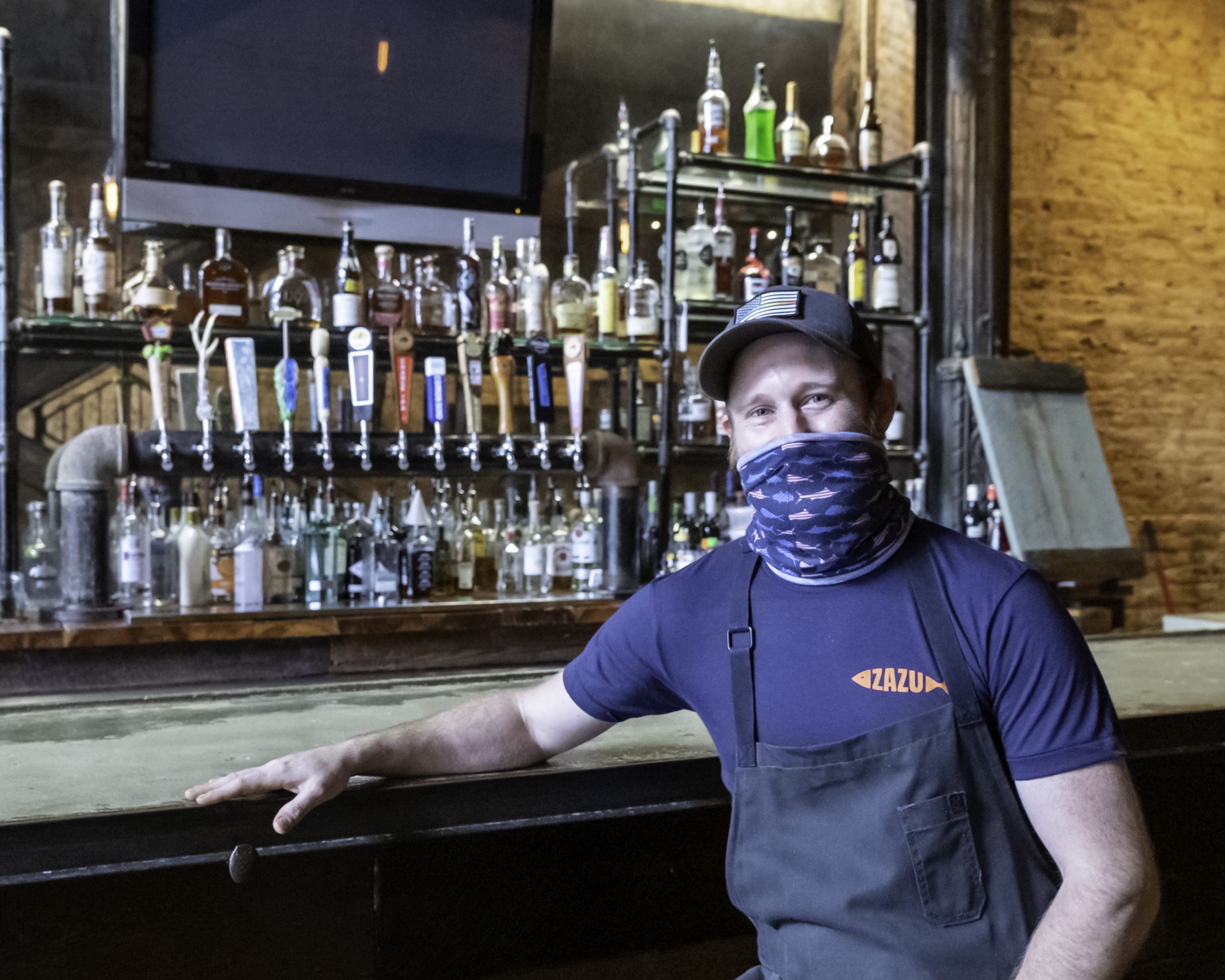 You may find yourself in downtown Opelika one night, looking for a place to grab some food, maybe a drink. The city is growing steadily but has managed to hold onto its small-town charm.

Turning down 8th Street, you can see Zazu Gastropub sitting prominently. The pub is pretty easy to find â€“ it has both an enticing lower entrance and upper balcony dining.

The atmosphere alone is enough to drive customers inside, with the dangling lightbulbs and tavern feel. The food, however, is what will grab a customer, Hage said.

â€œWe donâ€™t cut any corners when it comes to the food but weâ€™re not a stuffy, fine dining restaurant,â€ he said.

The restaurant has been in that spot for almost 5 years, but it began in the city of Auburn in 2007.

Hage said that he had always worked in restaurants, before starting his own.

â€œItâ€™s always been a dream of mine to own my own place.â€

A building opened up and the owner asked Hage if he was interested in taking over the lease, so he just jumped right in.

Originally, the goal for Zazu was a fine dining experience, he said, but after realizing that this meant they were missing most of the lunch crowd, the atmosphere was changed.

â€œWe changed a little bit and thatâ€™s when adopted the gastropub moniker,â€ he said. â€œTook the tablecloths off, we changed the menu a little bit to do a little more comfort type foods but still doing the same type of preparation. So we kind of rebranded a little more toward the younger crowd.â€

There were a number of factors that prompted Hage to move his restaurant from Auburn to Opelika, one being that rent kept increasing in the college town.

â€œAs soon as we walked in [to the new building] we knew that it could be something really special that the area doesnâ€™t really have,â€ he said.

Some of the Auburn crowd made the drive to Opelika, but Zazu Gastropub also gained the Opelika natives in the move.

â€œI think a lot of the people from Opelika had never really experienced us before,â€ Hage said.

Business has been better in Opelika, too.

â€œThereâ€™s not that reliance on the university,â€ he said. â€œWhen the kids are gone, business is nothing.â€

Five years later and Hage has decided to open a pizza place in Opelika as well.

There are his other goals too, some more closely related to Zazu Gastropub, such as perhaps buying one of the buildings, he said. Maybe one day heâ€™ll purchase a butcher shop, which can be used to prepare meats for Zazu or the new pizza spot, Hage said.

â€œ[Itâ€™s rewarding] doing it myself in a land of corporate restaurants,â€ he said. â€œBeing able to survive and thrive as an independent owner, just seeing peopleâ€™s faces when they eat a meal or first come into the building and look around and theyâ€™re like, â€˜Wow, this is beautiful.â€™ Just making people happy. Thatâ€™s what gets me up every morning to go to work.â€