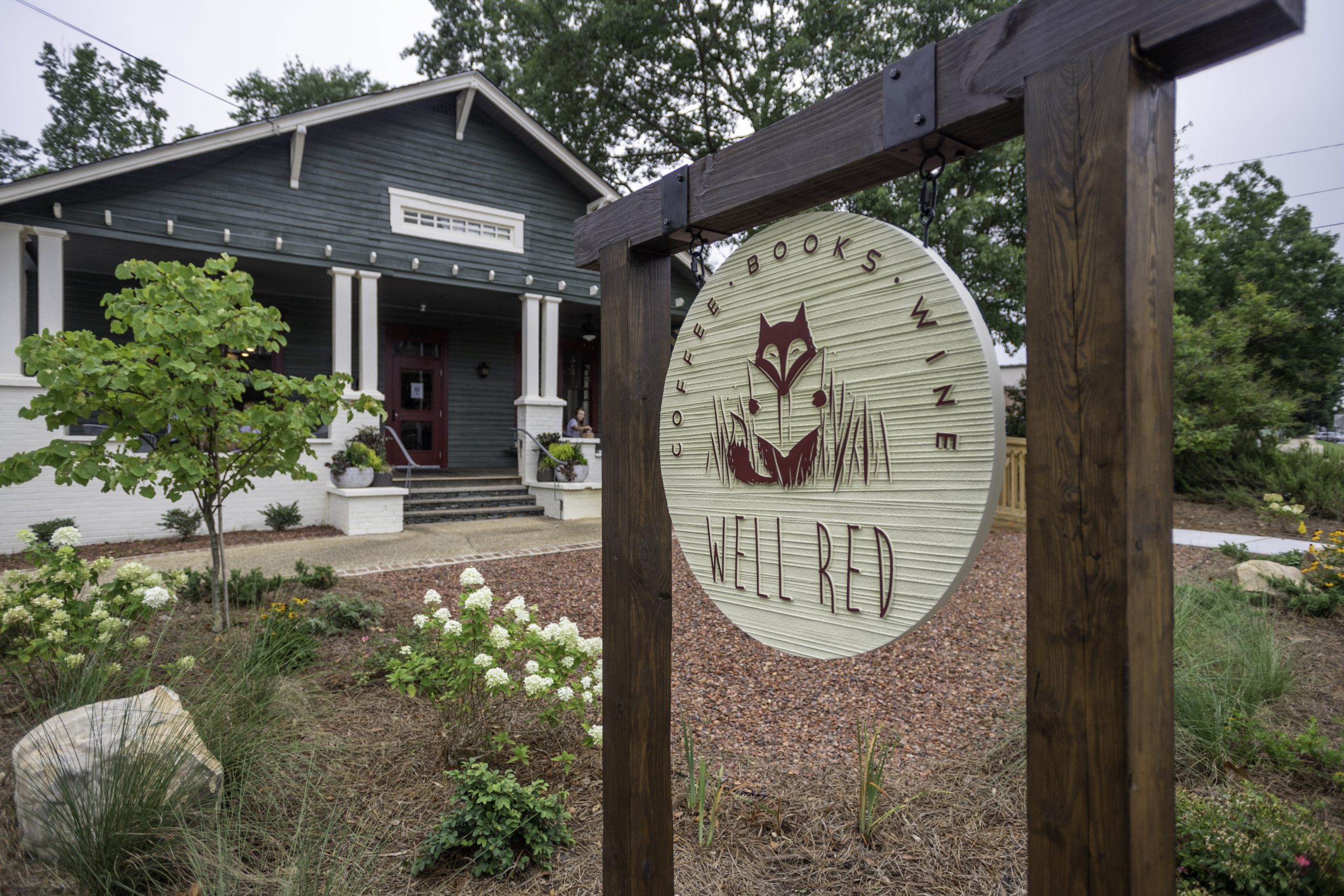 If youâ€™re looking for supplements, herbs and organic food, youâ€™ll no longer find it in the little green shop on Opelika Road, instead you open the door to the smell of roasting coffee and shelves full of books.

Richard and Crystal Tomasello bought the building, which once housed the Dayspring Nature Shop, and turned it into an independently-owned bookstore: Well Red.

The city of Auburn, which once had no independent bookstores, now has two, Well Red being one of them.

The shop, which only opened a few weeks ago, is already known for its coffee and is also a popular stop in the evenings for a glass of wine.

When Richard and Crystal began planning Well Red, there were no independent bookstores in Auburn. The two had been to a wedding in Asheville and saw a bookstore that inspired them.

â€œRichard and I hung out all day,â€ Crystal said. â€œWe had a little pastry in the morning and some coffee and then weâ€™d pick our books up and read and then chit-chat. And then it led into a couple bottles of champagne. So it was literally like a six to seven hour time frame that we were there reading books and doing all kinds of things and it was really nice. I looked at Richard and we both had the idea – Auburn has nothing like this.â€

Richard and Crystal came home and told their two children, Collin, who was 13 at the time, and Ava, who was eight. Both were on board.

Richard is a businessman at heart, Crystal said. He can take an idea from nothing and turn it into a reality.

â€œHe knows the ins and outs, so he did the whole business part,â€ she said. â€œAnd it is very overwhelming. We located a space together and then I did the design part and he did the business part.â€

This involved getting loans, buying equipment for making pastries and coffee and making connections with publishers.

The store opened during the pandemic and had to take into account that many students are still home, and because of the virus, many families are not going out.

â€œIâ€™m really excited about how fast things are taking off, especially during a summer, during a pandemic,â€ Crystal said. â€œAnd thatâ€™s the thing, usually, under normal circumstances, itâ€™s feast or famine as far as the summer. And you just prep for that being a small business owner.â€

Of course, the shop is prepped for safety. Everyone wears a mask, in fact, some are sold at the front counter, and thereâ€™s a large jug of hand sanitizer available for use.

The books, coffee and wine all make the shop great, but what makes it unique is the family behind it.

This summer, if you walked through Well Redâ€™s front door, youâ€™d be greeted with a smile from Ava, who has has spent all summer working in her parentâ€™s store, even though sheâ€™s only 10.

â€œIâ€™ve had a lot of people tell me that Iâ€™m going to run this one day and Iâ€™m really excited,â€ she said. â€œIâ€™ve never really liked coffee and now that I get to make it, itâ€™s really fun.â€

The first day that Well Red opened, Ava stayed all day long. She woke at 5 a.m. and got home at 11 p.m., unwilling to leave the store, her mom said.

Collin, like Ava, works in the store. His role is much more than barista, however. Collin saved his money from a job he held last summer and invested in Well Red.

He attends business meetings with his parents and learns the ins and outs of owning the store.

â€œIâ€™ve learned to work the register and make coffee that I had no idea how to make just a few weeks ago,â€ he said.

His favorite coffee he said heâ€™s learned to make so far is a pour-over, which requires precision.

â€œLearning how to make all the coffee and trying to get it down so I can get it to customers in a way Iâ€™d be proud of to actually serve,â€ Collin said. â€œI think Iâ€™ve gotten better at it, most of itâ€™s just memorization and taking your time on the ones that need more attention.â€

Although both Ava and Collin are integral parts of Well Red, Crystal said she limits their time at the store.

â€œTheyâ€™re kids and they need to be kids and thatâ€™s very important to Richard and I,â€ she said.

Well Red takes a half-day off on Sundays so Richard and Crystal can spend time with their children.

Well Red is becoming a fixture in the community already and there are those who are regularly stopping in for a coffee.

â€œThe most rewarding aspect is how much the community has already welcomed us,â€ Crystal said. â€œWe already, very quickly, by week two, we had a very solid customer base that were regulars.â€

The shop is great for so many purposes – a first date sharing coffee, students working at the spacious tables or grabbing a glass of wine after a local community performance.

â€œWe really want to have a space where everybody feels welcome and everybody of all ages,â€ Crystal said. â€œI had an older gentleman and his wife come in yesterday and he looked around and heâ€™s come in twice in the evening and he said, â€˜You know, I am at least fifty years older than everybody in here,â€™ and I said, â€˜This is for everybody.â€™â€ 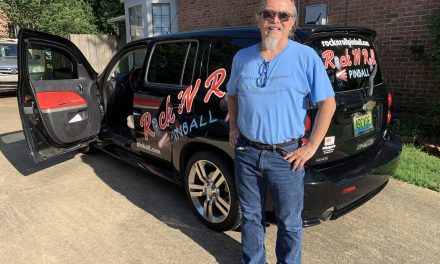 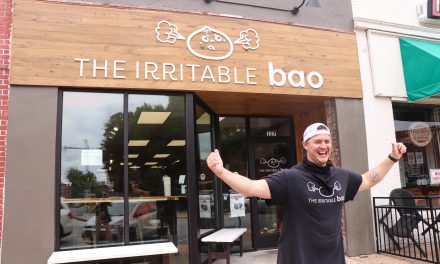